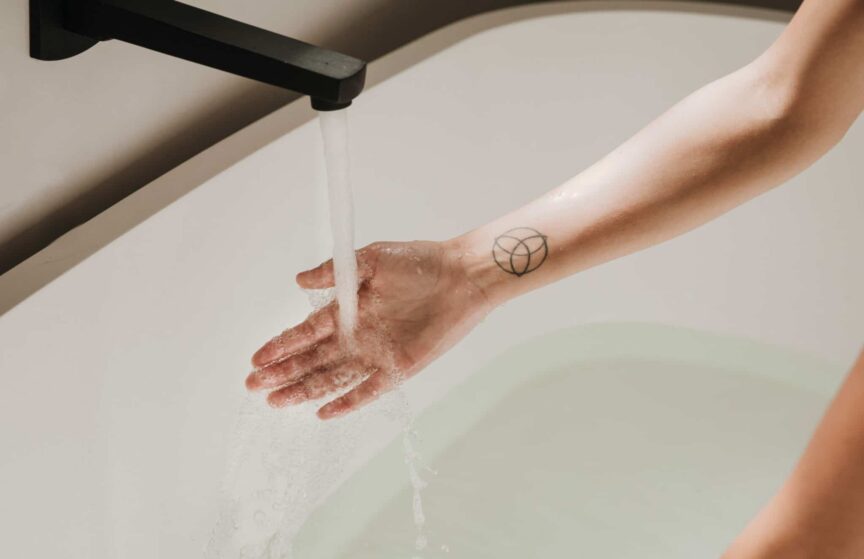 Water is life… We cannot function without it and Darren Waterman is our guest blogger reviewing this month’s topic. His surname could not be more fitting and we enjoyed the information he has shared with us so passionately.

My name is Darren Waterman, I have recently started a venture called Tristella. I started off my career studying Yoga and many forms of movement. I have been sharing yoga and movement over the last 7 years. I was fascinated by movement and how it can influence our well-being. If we think of a puddle of water that is stagnant, we can see how bacteria and contaminants will develop much faster, compared to water that is flowing and moving in a river. Movement brings circulation and flow into our body. After studying yoga and its many branches, I was captivated by sound and its influence on the mind, body and spirit. To me, sound was another form of movement. After time, I began to realise that sound is a crucial part of our health, physically and psychologically.

I began to see sound through the eyes of water and understood that by using modalities like prayer, mantra or affirmations, that it had a profound effect on the body, mind and spirit (our bodies are made up of majority water). I saw how meditation had a calming effect on the mind which allowed me to put society and its chaos into perspective. The same way, when water becomes calm and still, can we see a clear reflection. It brought awareness and many insights into being. When we hear sounds that aren’t natural or that we don’t enjoy, it can distort our body and takes us out of balance. Being in an environment with chaotic sounds can bring stress and anxiety into our being. The sounds of a singing bowl, the sound of waves crashing or perhaps the sound of rain in a forest, brings a sense of relaxation and calmness. It is in the state of relaxation, or para-sympathetic system that allows us the space for healing to take place.

The human body has an innate ability to heal itself, but it is up to us to provide the right environment for ourselves to heal. After many hours of introspection, I came to the conclusion that an environment filled with natural rhythms, sounds and energy, is a lot easier to heal the body, in comparison to an environment that has chaotic sounds, man-made EMF and unnatural rhythms, like our bustling cities filled with rigid right angles everywhere we look (unnatural rhythms). It was with this realization that I began to investigate and research sound/frequency.

I researched extensively over the years into what sound is and how it can be used consciously for the betterment of all beings. Why is it, that the sound of an insult can make us feel dreadful and why is it that the sounds of a compliment makes us feels good. Is it the intention behind the words, is it the literature that carries a specific energy or is it the sound that meets the ears that has an effect on us. I asked myself, what do these three factors have in common, my conclusion was that they all carry a specific frequency. We are continuously reacting, moving and sometimes ideally dancing with the frequencies that surround us. I realised that we are beings of frequency and so is the universe.

If you want to begin to understand the universe, think in terms of energy, frequency and vibration

Simply put, sound is a pressure wave that is created by a moving object (vibration).

Wikipedia’s definition – “In physics, sound is a vibration that propagates as an acoustic wave, through a transmission medium such as a gas, liquid or solid. In human physiology and psychology, sound is the reception of such waves and their perception by the brain”

– remember the brain is made up of +-80% water, this brought me to the question, is it the water in the brain that is receptive and reacting to sounds/frequency?

The Ancients understood sound and its capabilities, they believed vibrations and words had an immense power. There are many stories of how the Tibetans or Egyptians used sound to levitate or move objects. It is interesting that in the bible, John 1.1 it reads “In the beginning was the Word, and the Word was with God, and the Word was God”. Can this ‘word’ be interpreted as sound? Today scientists are using vibrations and frequencies to reprogram the DNA of living beings. This makes sound more profound than we think. Starting to understand the origins of sound brought me one step closer to myself, realising how vibrations, sounds and frequencies are affecting my everyday life.

Frequencies and the importance of water

Water is a major component to organic life. Organic life is either influenced positively or negatively by frequencies, but let us focus on the topic of water.  I want to start off by saying, water is a vast and infinite topic to talk about. In this blog, I can only touch on a small fraction of information about water. To convey the importance of water, would turn into a never-ending book.

Water is the substance that unifies all beings and connects us to Mother Nature. Water is alive and is forever changing. It is the only element that can exist in three states; ice, liquid and gas. Water is a universal solvent with unique qualities. It is the vehicle for delivering life-sustaining nutrients to all organic life and it eliminates waste & toxins. Plants, animals and humans cannot survive without water. We need water for its ability to transport nutrients into the cells of all living beings and not just any water, but quality water. Unfortunately, the water we consume daily, coming from the tap or even plastic bottled water is contaminated with chlorine, fluoride, microplastics and other effluents. These unnatural contaminants can cause dis-ease in the body, not only for humans, but for plants and animals. With this in mind, it is important to make sure that the water we drink is filtered correctly and then structured thereafter (I will address structured water further down the blog).

CLICK HERE TO READ THE FULL BLOGPOST ON VITASOUL

Manage Cookie Consent
We use cookies to optimise your experience on our website and e-store.
Manage options Manage services Manage vendors Read more about these purposes
PREFERENCES
{title} {title} {title}